Support for the silver screen

From a young age, Mr Syed Ebrahim was obsessed with consuming media—watching everything from local children’s content to documentary channels like National Geographic. Influenced by a myriad of television programmes and films, Mr Ebrahim decided to pursue a communications and media course in university so that he could someday be more involved in Singapore’s film landscape.

After spending some time creating content as a multimedia producer and freelance writer, Mr Ebrahim chose to join IMDA to be a part of a team now called the  Media Industry Development division which houses the Singapore Film Commission. In his previous role as part of the Content Media Partnership team, he engaged media heavyweights like Disney and Viacom, to connect homegrown talent with industry players. By forming connections between platforms and creators, Mr Ebrahim and his team have supported the production of regional and made-with-Singapore content like Netflix’s Taiwanese prison drama Nowhere Man. This important work continues today, with growing Singapore’s pool of showrunners for the global market as the priority.

Now, wearing his Singapore Film Commission hat, Mr Ebrahim works to nurture new filmmaking talent. “The thing about the Singapore Film Commission is that we are highly connected to the people we’re helping,” he said. “It’s more on the ground; a lot of the time I’m responding to individuals who reach out with issues that arise when they are preparing their film or television show.”

With the Singapore Media Festival (SMF) right around the corner, Mr Ebrahim and his team are in full swing preparing for the Singapore International Film Festival (SGIFF), one of the constituent events under SMF. The festival is set to feature numerous made-with-Singapore features produced in collaboration with Singaporean talent and producers—films that the Singapore Film Commission supported through grants and industry connections.

“We are highly focused on developing talent and projects to build a pipeline for the years to come. I feel these programmes help local talent by connecting them with industry players, kickstarting their independent filmmaking journeys and supporting worthy projects that might not necessarily get made if they were pitched to typical commercial partners.”

In this post-pandemic normal, Mr Ebrahim is also involved in developing COVID-19 guidelines for film and television shoots in Singapore and facilitating the resumption of media business activities. One particularly exciting project that Mr Ebrahim took part in was the recently concluded 2020 Summer Olympics in Japan. Despite the logistical challenges involved in international travel at the time, he deftly coordinated travel and quarantine arrangements for the Singapore crew that flew to Tokyo to film—helping local talent navigate new waters and expand the reach of national media coverage even amidst a pandemic.

The advent of new media

A graphic design student turned communications professional, Ms Eunice Ng was initially attracted to the fluid and ever-evolving nature of the media sector as well as the great potential for impact. Previously working in content strategy and social media, Ms Ng was looking for a more purpose-driven career that would allow her to use her skills to contribute to Singapore’s growth.

“With the work that we do, we have the opportunity to create content to entertain and connect with the public,” she said. “In that sense the media plays an important role and has the power to shape society.”

As part of the team driving New Media development, Ms Ng typically works with content creators, such like Mr Tan Jian Hao, YouTube sensation and CEO of Titan Digital Media. Popular for his YouTube listicles, Ms Ng and her team at IMDA have been working closely with him to develop relevant competences such as audience engagement techniques and data analytics to further grow his business’ capabilities.

As a member of the Forbes 30 Under 30 list and the most viewed Singaporean YouTuber with 4.26 million subscribers worldwide, Mr Tan is clearly a success in the New Media space. To further drive the sector, IMDA is working with him and other creators to grow their content and reach a wider audience globally as they create more made-with-Singapore content.

“This project that I'm part of is called the online creator programme. It’s a pilot programme that we're about to launch, aimed at boosting the online content creator space and their capabilities,” she said. “We want to capture greater business opportunities and value from the overseas audience.”

By leveraging the unique talents of online creators, Singapore can remain competitive in an ever-changing media industry and branch out to new international audiences. For Ms Ng, working at IMDA has given her the opportunity to support the online creator community, be a part of driving Singapore’s New Media sector and drive new economic opportunities for the nation.

“We want to boost the capabilities of online creators, and through upskilling them and gaining more insights, we hope to capture greater business value beyond Singapore’s market.”

Deeply connected to the country’s media industry, Mr Ebrahim and Ms Ng continue to develop Singapore-proud talent through IMDA programmes and grants—ushering in a new media future with greater business opportunities and a truly global reach.

Interested in a career at IMDA? Find out more about the opportunities available on our Careers page: https://www.imda.gov.sg/Who-We-Are/careers 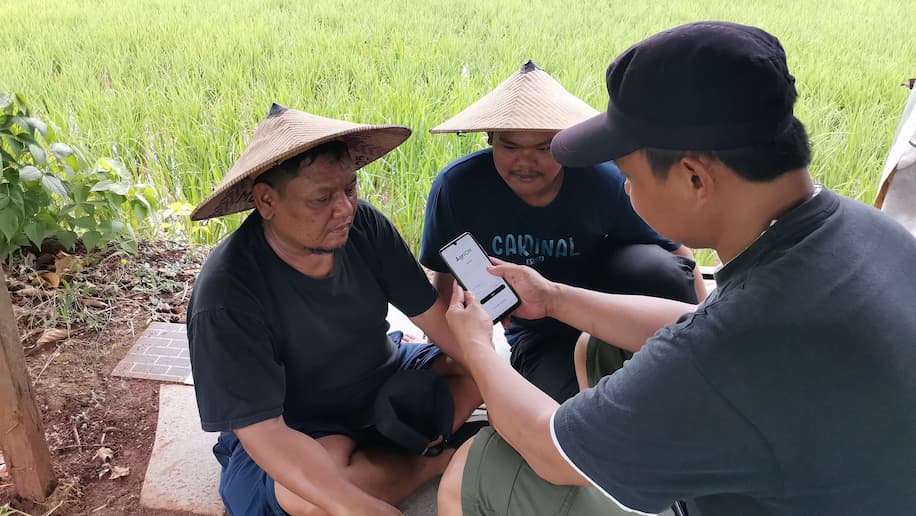