Network Availability is the measure of the degree to which the access network is operable and not in a state of failure or outage at any point of time. That is, it measures the total downtime of the network, including the ATM switches, multiplexers, routers, e-mail facilities (if provided) and connection to 1-NET and Internet backbone over a month. All scheduled downtime for the purposes of maintenance and upgrading of the network system will be excluded from the calculation. However, all access network operators must keep their users informed of such maintenance times.

StarHub Online’s QoS performance of 99.87% in October 2016 is below IMDA’s QoS standard of 99.9%, due to the service difficulty ncidents on 22 October 2016 and 24 October 2016. Please refer to the following link for IMDA’s findings on these incidents: https://www.imda.gov.sg/about/newsroom/media-releases/2017/starhub-home-broadband-network-disruption-caused-by-surge-in-legitimate-dns-traffic---imda-and-csa

SingNet’s QoS performance of 96.50% in December 2016 is below IMDA’s QoS standard of 99.9%, due to the service difficulty incident on 3 December 2016. Please refer to the following link for IMDA’s findings on this incident: www.imda.gov.sg/about/newsroom/media-releases/2017/imda-imposes-500-000-penalty-on-singnet-for-fibre-broadband-service-disruption 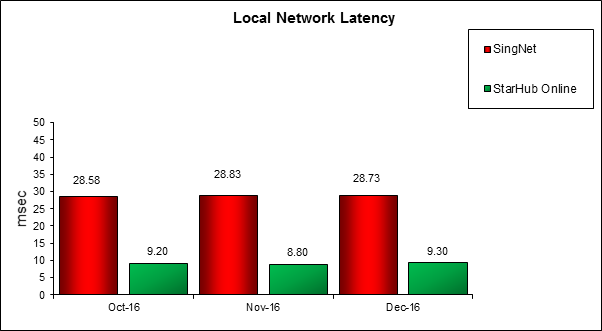 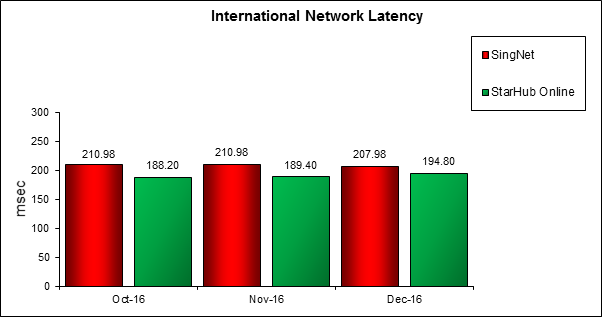 4. Number of Complaints Per 1000 Subscribers - For Information 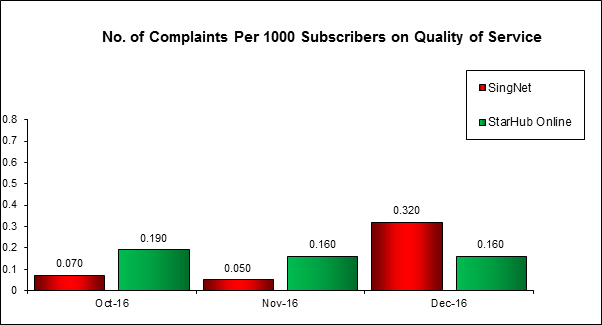 The term "complaints" is defined as any expression of dissatisfaction with the service providers' service, product, advertisement or policy via oral or written communication that requires some action by the service provider beyond the initial contact.